The complementary use of various archaeological prospection data sets offers a series of new possibilities for the investigation of prehistoric settlements. In addition to the separate interpretations of the single methods, the implementation of image fusion provides an additional tool to obtain an even higher degree of data integration during the interpretation process. To investigate some possibilities and risks of image fusion, a procedure frequently used in the medical field but rarely applied in archaeology, various algorithms inside a dedicated MATLAB toolbox TAIFU (Toolbox for Archaeological Image FUsion) were tested on the geophysical prospection data from an Iron Age settlement near Vesterager in West Jutland, Denmark. The Ludwig Boltzmann Institute for Archaeological Prospection and Virtual Archaeology had conducted large-scale, high-resolution ground-penetrating radar (GPR) and magnetometry surveys at the site in 2014, based on its discovery by the Ringkøbing Museum through aerial photos and the results ofa follow-up excavation in 2009. The aim was to determine if, and to what extent, geophysical prospection together with a novel integrative interpretational approach was able to add more detailed information to an already known prehistoric settlement. Results yielded a variety of deeper insights into the separate farms (dated to around AD 400), including the discovery of several new structures and more information about the construction of the longhouses, as well as a first suggestion on how to implement image fusion into the process of analysis and archaeological interpretation of geophysical data sets. 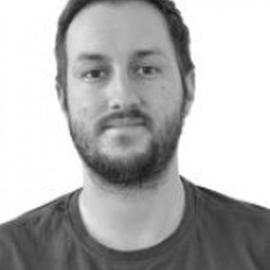