Towards a Graffiti Thesaurus in SKOS

Awareness of the 20th-century graffiti phenomenon spread globally with movies like Wild Style (1983) and photo books like Subway art (1984). To educate the public on the graffiti movement, graffiti specific terms were described and discussed throughout such books or added at the end in the form of a glossary – an alphabetical list of words. However, these glossaries aimed only to explain the graffiti community terms to the broader public rather than to build up a fixed set of terms (and synonyms) or guidelines for the description of graffiti. This talk will illustrate how the INDIGO project attempts to fill this gap by building a thesaurus, i.e. a structured, controlled (and thus finite) dictionary of hierarchically related terms. The creation of such a thesaurus must tackle particular challenges characteristic of graffiti, including: regional terms that can differ widely (international: stencil; French: pochoir); constantly changing terminology (hit $i̊ghtarrow$ tag; masterpiece $g̊htarrow$ piece); lack of connection between modern-day graffiti and historical forms of personalised expression like cave art and petroglyphs (studied in archaeology). These challenges require technical solutions that make it possible to precisely structure the thesaurus items while also describing the relationships between the terms in different ways and reconciling inconsistent terminology. Therefore, this presentation will detail how INDIGO profits from modern Semantic Web technologies. Thanks to these, single pieces of information can be represented according to formally defined models, linked to each other, and made available on the web for reference and reuse by a wider audience. More specifically, the talk will illustrate the advantages of the model being used by the INDIGO thesaurus, the Simple Knowledge Organisation System (SKOS), a recommendation of the World Wide Web Consortium employed in a wide range of fields, including cultural heritage. This model allows to document the thesaurus terms accurately (e.g. providing historical information about them), describe their hierarchical (and non-hierarchical) relationships, and link them to existing initiatives, such as Wikidata and the Getty Art & Architecture Thesaurus. The development of the INDIGO thesaurus will allow the project team to have a clear, explicit, and reproducible way to describe graffiti and their constituent parts. At the same time, since the thesaurus will also be the product of the experience and feedback provided by external experts, it is envisaged that it will serve as a reference for the broader (academic) graffiti community. 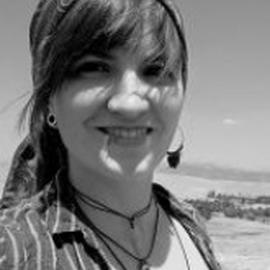